i think i found a product that could be of help.

the gripe water may be perfect for players who are prone to sudden and uncontrollable whining, as well as an excessive need to complain to others about their misfortunes at the table.  😀

. . . David Forman, founder of Adam Custom Cues, licensed the name Balabushka from George’s family and now manufactures a line of cues under the Balabushka name as a memorial to one of the greatest figures in modern billiards.  (found in the company’s history page)

my search result seemed to coincide with the information i got from the sales rep i talked to previously, so now i have some idea about the balabushka chalk.  based on what i found, i am not going to try the chalk since i didn’t get a rave review from the sales rep i talked to.  when i’ve done repeated businesses with a vendor and i trust the company, i tend to take the company’s advice seriously.  for now, blue diamond it is.  there are other exotic and hard-to-get chalks out there that i’d love to try, but it takes too much effort and money to track them down, so i won’t even start.  although kamui chalk still sounds cool, i remain unconvinced that i should spend $30 for one cube.  for those fortunate enough to get a free sample, i’m happy for you and i say this without sarcasm or irony.  honestly though, i don’t think i’d get it even if i win a 50-million-dollar lotto.  just the cheapskate in me, that’s all.  your mileage may vary.

oh, i went to a concert a while ago and never got around to post it here.  some pictures. 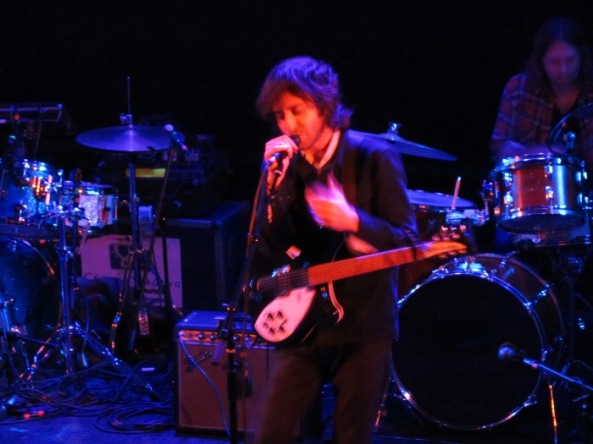 the first of the three bands that played that night.

nowadays all you need to make music is GarageBand and some buddies.  🙂 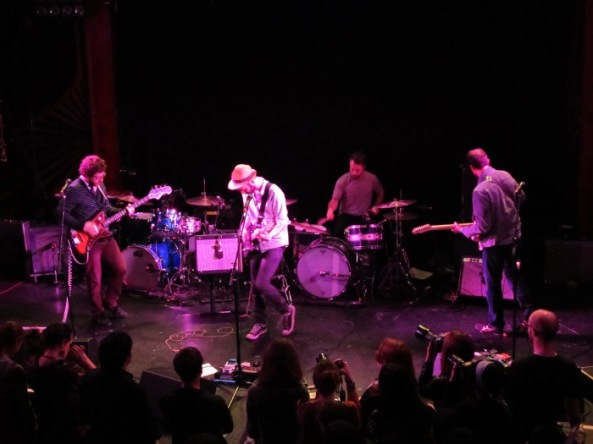 anyway, i had a lot of fun that night.

if you’ve read my recent posts, you’d realize that this post isn’t complete without a food pic.  my friendishes and i found a giant boba that we had to try.  behold, the pre-carnage. 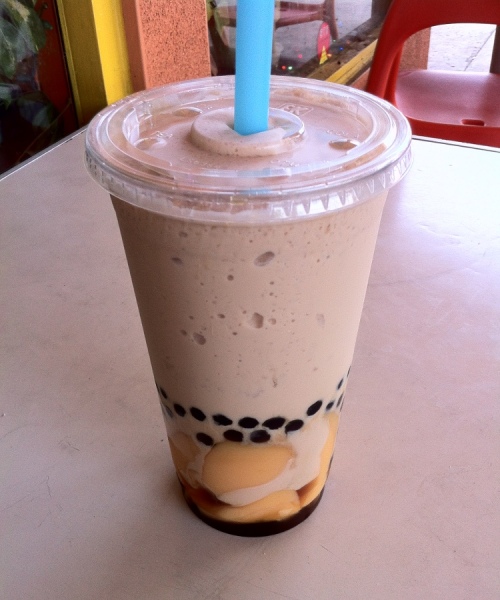 the post-carnage is too gruesome for human eyes, so i will spare you, gentle readers.  this boba is a whopping 32 ounces with about five pounds of sugar; i managed to finish about half.  not doing this boba again.

also, if you’re a bingo fan, consider using this alternate board.

this drawing is done by the comic artist grant snider.  for the japanese version of the board, click here.

i haven’t done phrases in some time, so we will look at the idiom “beyond the pale”.  according to the phrase finder, the word “pale” means a stake or a pointed piece of wood back in the day; we see this usage in the word “impale”, a word meaning to pierce with something pointed.  like a pointed piece of wood.  in the old days (and even now), it was common practice to construct fences out of pales for various purposes, e.g., marking your territory, protection against pests and varmints, etc.  in our present day we can buy premade boards from home depot to make fences, but the idea is the same.

using this (now obsolete) definition, “beyond the pale” basically means beyond the fence, or beyond the border.  we can think of it as going out of bounds, being out of line, or doing/saying inappropriate things.  conversely, when you hear a pool player “riding within his/her fence”, it means the player doesn’t do anything outside his or her ability; in other words, a smart, risk-averse, and percentage-oriented player.  🙂  catch you guys later.